In the manual a simplified microwave oven is used to explain the generation of source code from state machine diagrams. This example was updated here to show how to generate code also from activity diagrams.

The extended state machine of the oven is shown below. For demonstration on how to use activities the oven performs a hardware selftest at startup. The hardware test happens on the incoming transition of the choice. Depending on the result of the selftest the machine enters an error state (marked in red) or the normal operation state (super). The hardware selftest routine was modelled as activity diagram. 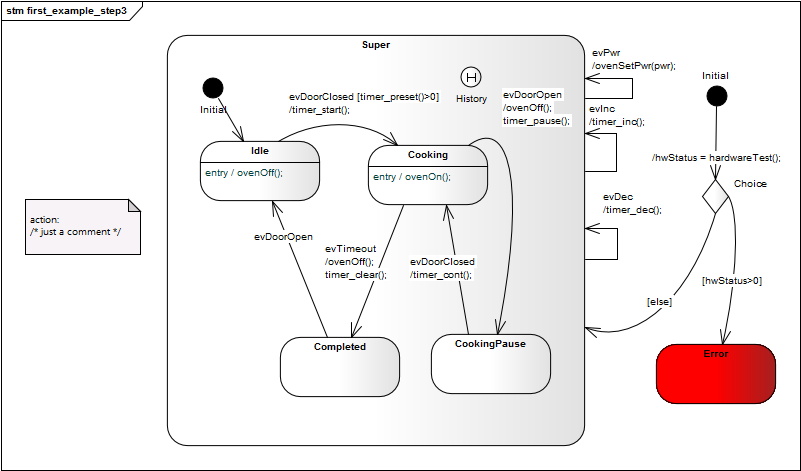 The following code snipped shows the call of the hardware selftest. The selftest function itself was fully generated from the code generator 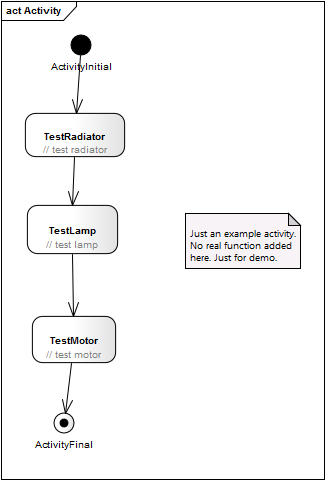 The latest download contains the full model and code in the examples folder. The example is called microwave_handbook_enterpr_arch

In case of questions just send a mail.